With the steady increase of digital interfaces being developed and introduced into Corporate and Government platforms across Asia, the increase of potential data theft by hackers has also increased in parallel.

FireEye Customers in Southeast Asia have seen a 29 percent increase in detected malware during the first half of 2015. This is 20 percent higher than the global average.
Hong Kong came in first being the most effected by cyber threats, followed closely by Taiwan and Thailand. 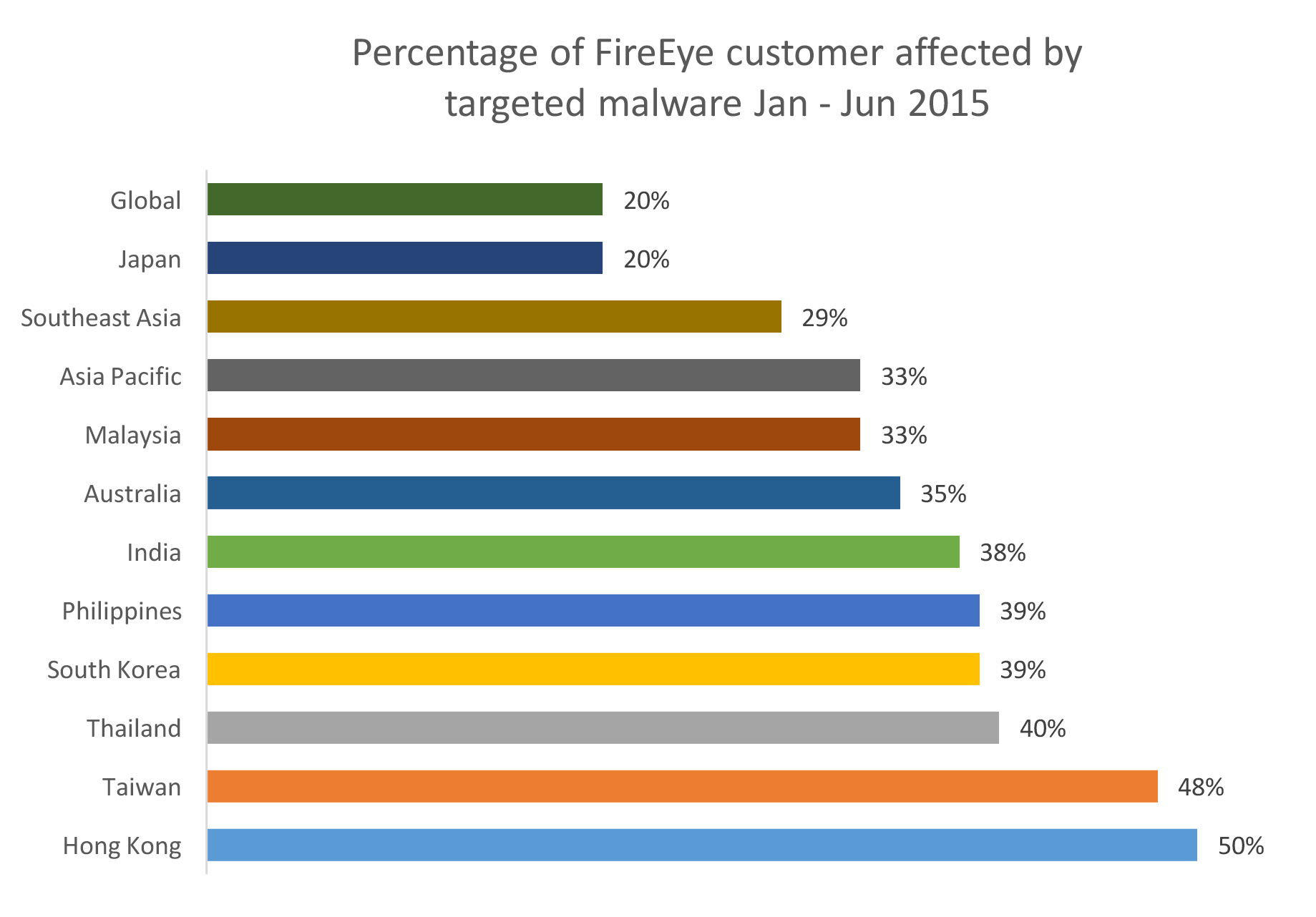 The most persistent malware in the region was Kaba, targeting defence, entertainment, aerospace, media and government sectors the most. Sending out system information while receiving control commands from remote servers.

Seen almost as prevalent is the malware LV; which gathers the NetBIOS name, date, user, locale and OS version sending it onto remote control servers. 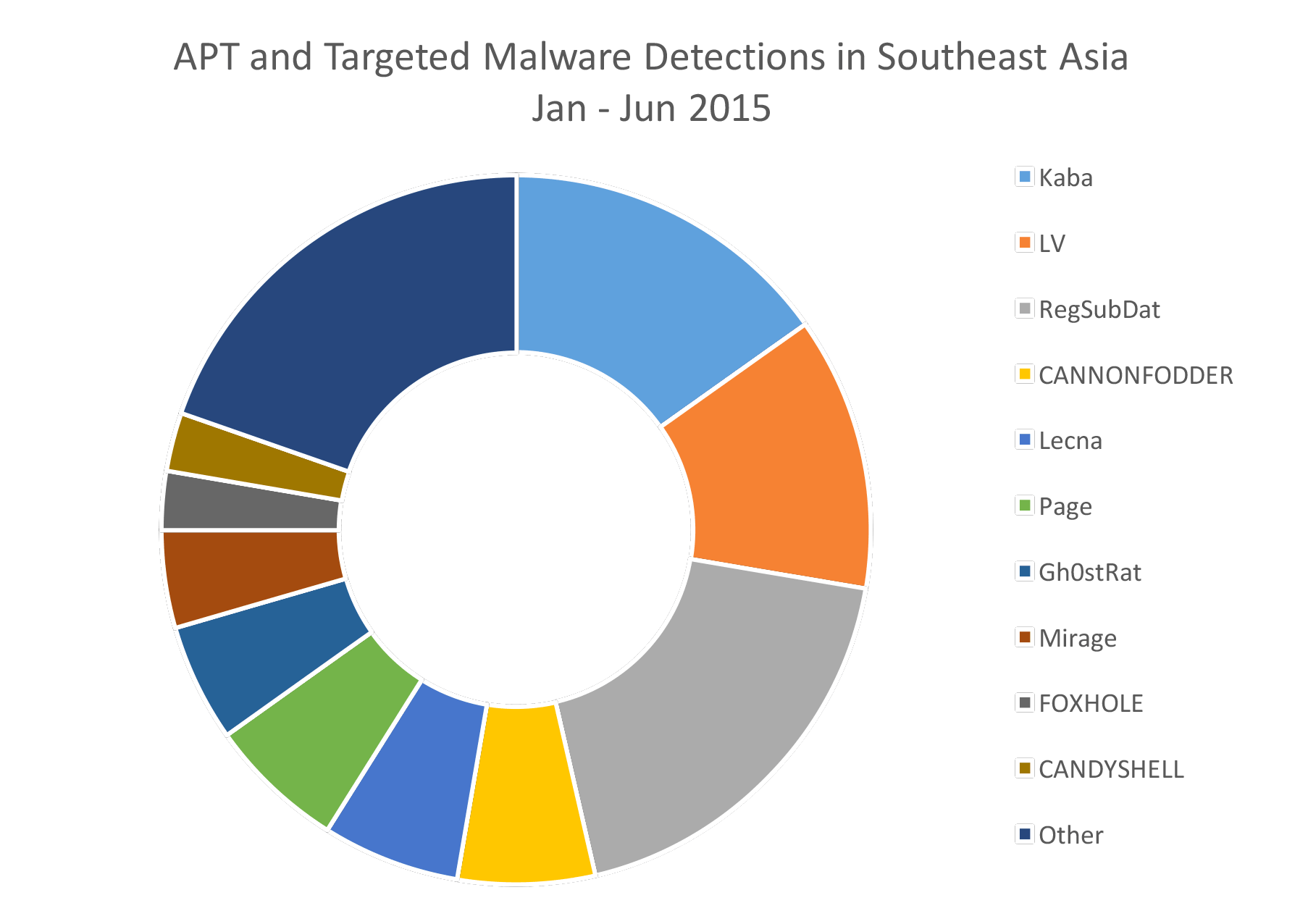 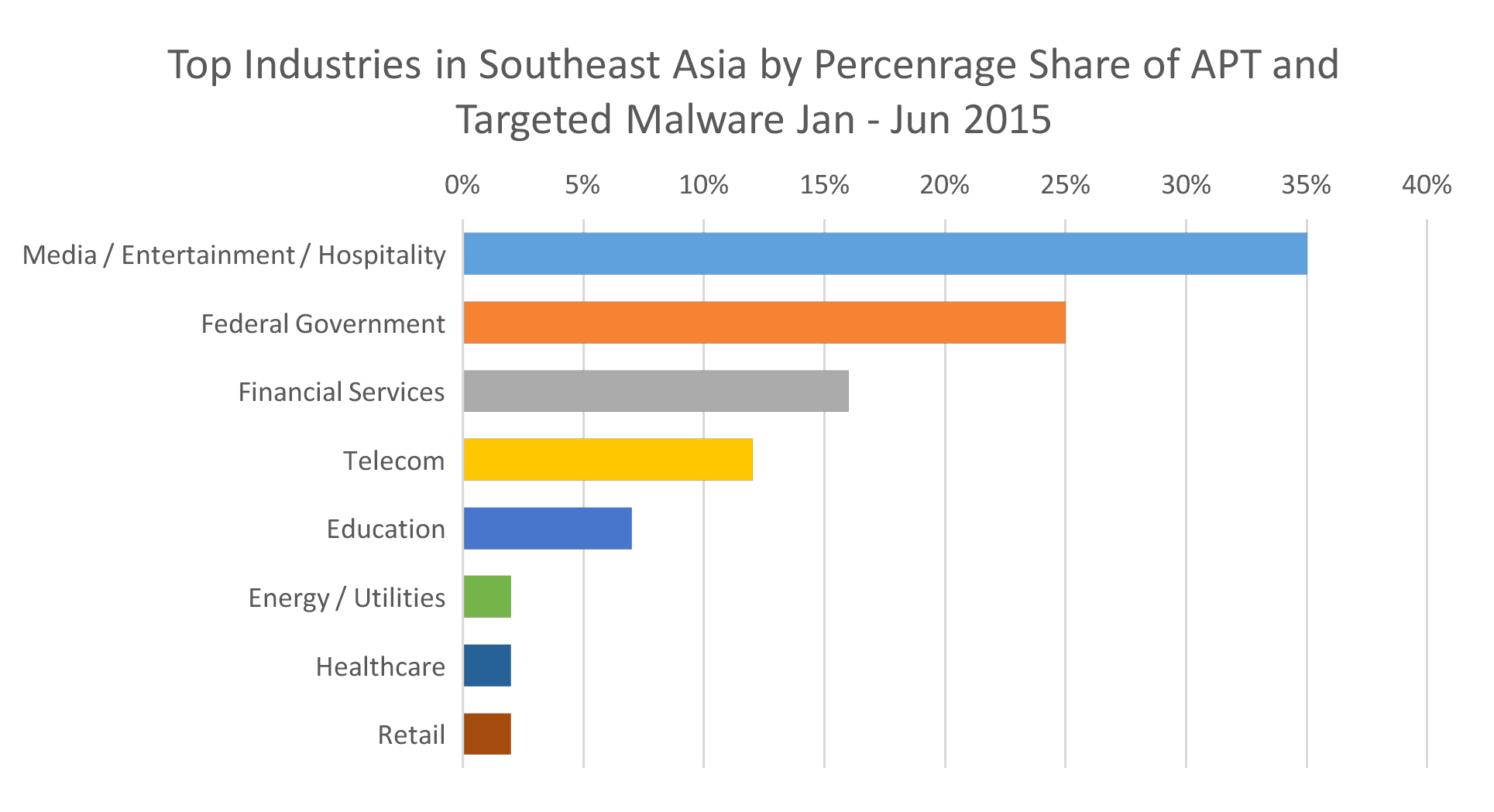 A notable event in 2015, stated by Symantec’s Global Intelligence Network, is that China was the origin of 46% of malicious Bot Activity which is an increase of 16 percent. 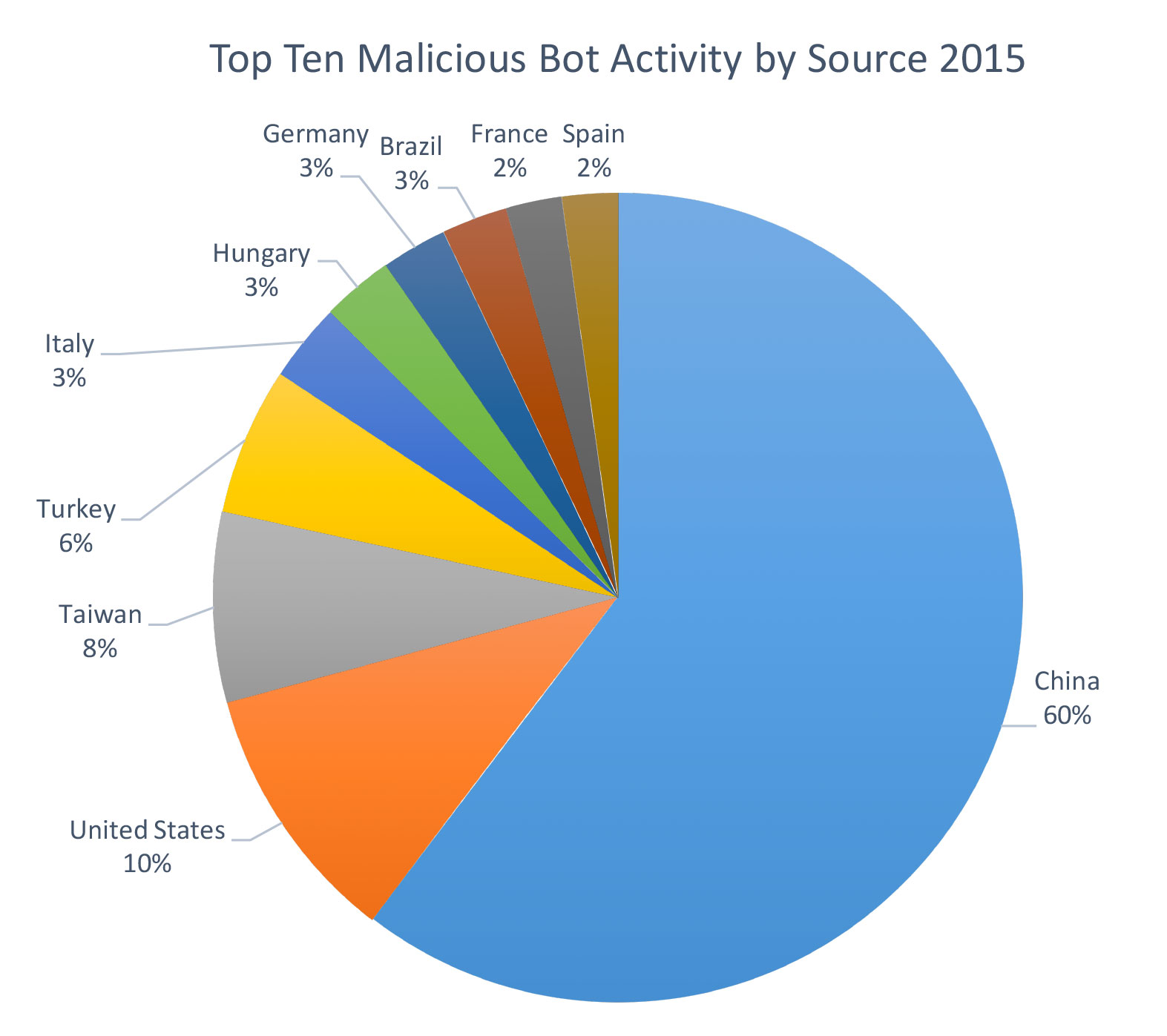